Once and for All by Sarah Dessen 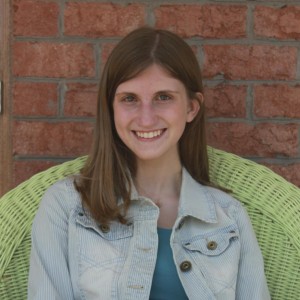 Once and for All by Sarah Dessen

As bubbly as champagne and delectable as wedding cake, Once and for All, Sarah Dessen's thirteenth novel, is set in the world of wedding planning, where crises are routine.
Louna, daughter of famed wedding planner Natalie Barrett, has seen every sort of wedding: on the beach, at historic mansions, in fancy hotels and clubs. Perhaps that's why she's cynical about happily-ever-after endings, especially since her own first love ended tragically. When Louna meets charming, happy-go-lucky serial dater Ambrose, she holds him at arm's length. But Ambrose isn't about to be discouraged, now that he's met the one girl he really wants.
Sarah Dessen’s many, many fans will adore her latest, a richly satisfying, enormously entertaining story that has everything—humor, romance, and an ending both happy and imperfect, just like life itself.

If you know anything about me, you know that I’m a huge Sarah Dessen fan. I’ve been looking forward to reading Once and for All since I first heard about it months ago. I was able to find a signed copy early at Books-a-Million. I was trying to put off reading it for a little while, but I simply wasn’t able to put it down. Although it sounded a lot like one of my favorite Dessen novels This Lullaby, I figured I’d give it a shot anyway. It turned out to be such a lovely and touching novel that kept my interest from the first page. I can’t say it’s one of my all time favorites, but it was still a nice novel that I enjoyed reading. I’m happy that I was able to pick it up!

Once and for All follows a girl named Louna. Her unusual name comes from her parents names combined, Louis and Natalie. It’s the summer before she heads off to college. She’s spending one last summer helping her mom and her professional partner with their successful wedding business. Though she deals with seeing people get a happy ending every day, she doesn’t believe in true love for herself. She’s still heartbroken over her first love. Things get more interesting for Louna when her mom hires a boy named Ambrose to help out with the weddings for the summer. Ambrose brings a certain excitement to Louna’s summer, but she doesn’t know if she’s willing to risk getting heartbroken yet again.

Louna is a funny and intriguing main character. Honestly, she doesn’t exactly stand out from the pack compared to Sarah Dessen’s other main characters. However, she’s still a solid character for the most part. I felt a great deal of sympathy towards her once her story was gradually uncovered to us. Because of how guarded she was, she reminded me a bit of Remy from This Lullaby. At the end of the day though, she was mostly her own person. I thought that her involvement in the wedding business was very interesting. It was definitely one of my favorite parts of the book.

I have to admit it right away, Ambrose wasn’t my favorite Dessen boy. As soon as we’re introduced to him, we also learn that he’s a pretty major playboy. I didn’t like this about him. He was constantly talking to different girls, and I wasn’t a fan of that. Aside from that, I do think that he turned out to be a nice guy underneath his facade. I just found it difficult to like him right off the bat. I can’t deny that he made a good match for Louna. I also found his clumsy nature to be endearing. He had such an energy and passion for life and I really enjoyed that about his personality.

One typical highlight of a Sarah Dessen book besides the romance is usually the supporting characters. This one was no exception, but I especially loved her mom and her mom’s business partner William. Although they both work in the wedding business, they were both very cynical about love themselves. Having an inside look at how putting together a wedding was definitely an important part of the book. Another character that I loved was Louna’s best friend Jilly. Jilly was a fun character who enjoys dating, and wants her best friend to get back out there after the heartbreak she faced. Jilly’s family is so memorable, she has four younger siblings that she’s always carrying around with her. These three supporting characters made the book all the more fun to read.

Once and for All wasn’t my favorite Sarah Dessen book, but it wasn’t my least favorite either. I think it’s ranked somewhere in the middle honestly. The romance was a little disappointing for me. I thought the banter between Louna and Ambrose was nice, but I didn’t like all the back and forth. They date other people throughout the book, and I never love seeing that. What saved the book for me was that it gives us a behind the scene look at weddings, the supporting characters, and the summer setting. This was a decent book and I recommend it if you want something that will pull you in this summer.